A couple of weeks ago in a very public admittance of failure, Philadelphia’s Please Touch Museum filed for Chapter 11 bankruptcy. Although anonymous donors rallied together $1.25 million in an effort to save the museum within just a few days, museum professionals—as well as Philadelphia families—are left questioning what it means to run a successful children’s science museum…and what it takes to keep doors open. 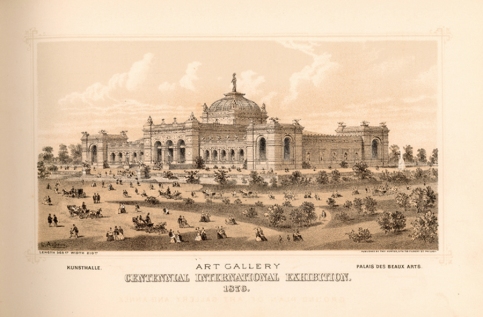 The Please Touch Museum occupies a strange space in Philadelphia strong cadre of science museums, ranging from the macabre (and extremely popular) Mutter Museum to the massive educational Academy of Natural Sciences. Please Touch prides itself on catering to young children, supposedly encouraging early interest in science by explicitly engaging the city’s youngest patrons in play. Founded in 1976 as part of the Academy of Natural Sciences, the museum has expanded into new buildings multiple times, finally landing in its current home, Memorial Hall—part of the former 1876 Philadelphia Centennial Exhibition fairgrounds—in 2008. Executives seem to think that Memorial Hall is part of the museum’s financial ruin; renovations on the nineteenth-century building have cost upwards of $80 million, leaving Please Touch deeply in debt and increasingly reliant on private donors. Although most American cultural institutions have struggled with debt and threatened closures in the last decade or so, the story of this particular museum is interesting in that Please Touch’s mission—that patrons should be able to hold, play with, and even take home its objects—turns the nineteenth-century science museum’s typical mission—of hands-off, vision-based, guided education—on its head. The transformation of Memorial Hall, to put it simply, has reflected broader changes in science museums over the course of the last couple of centuries. So what does it mean when this new model of hands-on interactivity fails?

First, a brief history of the “look-but-don’t-touch” movement in museums: a nineteenth-century social and cultural turn very much at play during the 1876 Centennial Exhibition. As economic and governmental shifts began to fund “public” museums and libraries for the first time in the mid-nineteenth century, curators and museum officials found themselves faced with new scientific audiences—and new challenges in designing and explaining displays. Museums across Europe and the U.S. opened up to increasingly educated middle- and working-class audiences; women and children flocked into museums as sites of learning and entertainment; institutions were forced to extend their hours into the evening so laborers could drop by after work. Audiences, patrons, and even donors came into museums with new scientific interests, backgrounds, and visions of nature and industry.

Historians of museums have pointed to this mid-nineteenth-century moment of crisis, and immense change, in museums as precipitating the privileging of vision in exhibit design. In other words, this was the era of glass-cased objects, explanatory wall plaques, readable guidebooks, and frantic security guards rushing toward you if you got within a foot of the display. Of course, there are some practical reasons for the look-but-don’t-touch movement. Nevertheless, this privileging of vision seems to have been a clear reflection of Foucaultian governance; curators, knowingly or unknowingly, arranged objects in exhibits so as to make clearly “visible the structure that governed the order of things” to apparently easily impressionable middle-class patrons. Taxidermied animals, ethnographic dioramas, even jewel-like entomological cases were designed to subtly (or not so subtly) teach viewers about evolutionary progression and degeneration, about how humans and animals ranked in nature, and about the marked difference between civilized and primitive beings. Some of these displays are easy to pick out; ten minutes in the ethnographic halls of the American Museum of Natural History (all of which are entirely visual and made inaccessible by glass cases) will tell you everything you need to know about Teddy Roosevelt and his early-twentieth-century American view of nature.

Of course, science museum-goers will be quick to point out that most displays, at least now, are interactive, relatively technologically based, and function as active sites of play and learning. The Field Museum’s newer exhibits incorporate computer screens that patrons can use to delve into accounts of paleontological fieldwork; visitors at the Science Museum of Minnesota slide through model digestive systems, rub magnets together, and fill up tiny lock and dams with bright blue water; the line for the “select your own scientific background” photobooth at the American Museum of Natural History is always one of the longest in the building (for only a few dollars, you, too, can look like you’re floating in space). This emphasis on interactivity in science museums is a decidedly mid-twentieth century one. San Francisco’s Exploratorium, founded in the late-1960s, marks the first museum explicitly devoted to interactivity and play as its core mission in science education. Its quick financial success drove museums across the U.S. and Europe to adopt interactive exhibits at varying levels of cost, benefit, and popularity.

There’s a lot to say about how successful interactive displays are in educating patrons and in encouraging lifetime interest in science. The Please Touch Museum, in contrast to most other interactive museums, works specifically to serve young children, functioning in essence as a giant scientifically minded playground. For a playground, though, the Museum is expensive. Tickets—for both adults and children—cost $17, with extra charges for special exhibits. As evidenced by the museum’s Yelp reviews, the cost of admittance restricts visitors to families that probably already have access to science education—curators need not worry that their exhibits speak to, or guide the vision of, working- and lower-class audiences. This isn’t to say that the Please Touch Museum caters exclusively to upper-class patrons, or that it doesn’t serve as a valuable resource in the community. Rather, it makes clear the social dynamics of science museum patronage at play since at least the mid-nineteenth century. Who has access to science museums, and how do displays change when audiences change? Occupying a distinctly nineteenth-century building, the Please Touch Museum seems to embrace its historical roots; whether its recent “donor bailout” will save it from bankruptcy, and probably closure, remains to be seen.

3 thoughts on “Please Touch, Look-But-Don’t-Touch, and Interactivity in Science Museums”